In our science lessons, we are learning about: Mixes and Reactions. As part of the UKS2 curriculum, we will be looking at and investigating the following:

Keep an eye out for our raisin experiments!

This week, we have looked at the raisin and tonic water experiment (we also looked at completing the experiment with a grape).

We then completed the experiment again, this time really focusing on what we could see (we even went down to table height to observe). We then re-gathered and discussed our thoughts. This time, we thought of different words: spin, swivel, twist, revolve, pivot, rotate on an axis, buoyant, weightless, sinking, and popping. We also focused in on what was happening to the bubbles; we noticed that when they burst, they displaced some of the liquid around them and then they sank. We observed that the raisins rested gently on the top of the bubbles until they popped. We then focused on the word sink; was this the best word we could use? We discussed the words descend, plummet and plunge and discussed the most appropriate word.

We repeated the experiment with grapes to generate comparative language. The children were encourage to discuss their ideas with a partner and they helped each other develop their ideas by offering suggestions. We observed that the grape differed as it didn’t move in the same way as the raisin. The grape flipped over whereas the raisin rotated in a near 360 degree motion. 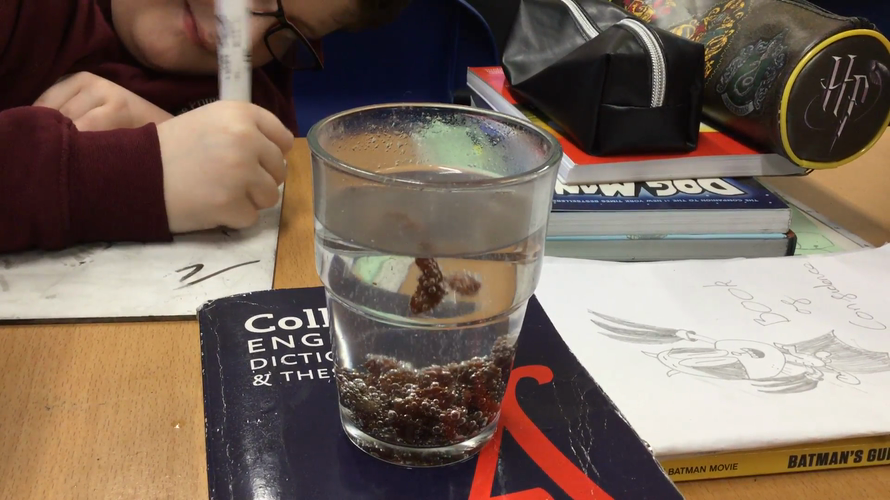 In Science, we are learning about: Living things and their habitats.

We will be describing the the differences in the life cycles of a mammal, an amphibian, an insect and a bird. We will also we looking at describing the life process of reproduction in some plants and animals.

This week, we have been looking at the parts of a flower and how they are involved in the pollination and fertilisation processes. We have discovered that pollination is when pollen from the anthers on another plant of the same type lands on the female parts of a plant and that the female part of the plant (called the stigma) is sticky. We know that pollen can be carried on the wind or by insects and once it has landed on the stigma of a plant, it travels down a tube where it fertilises the ovules, which then become seeds. 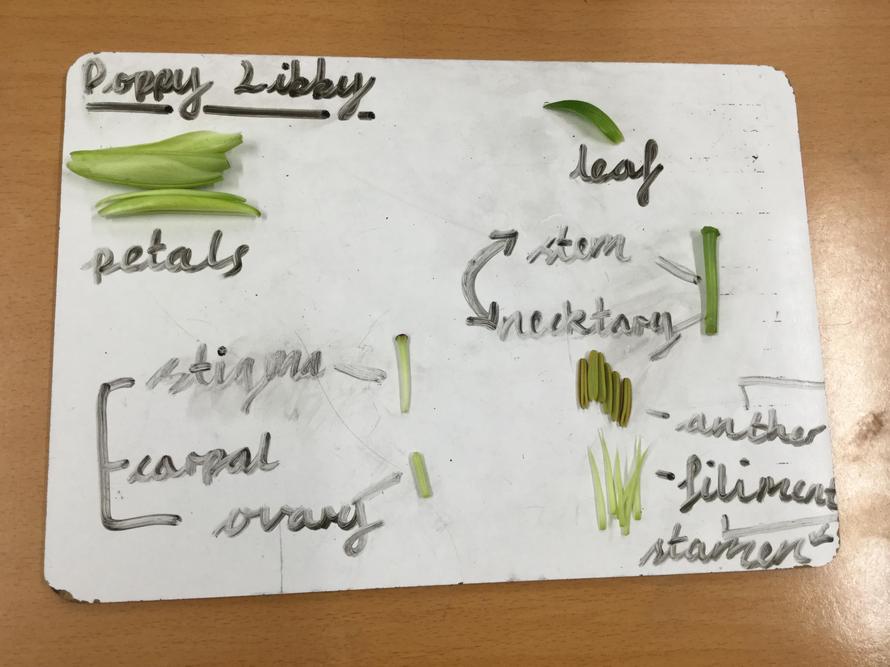 In Science, we are focusing on Electricity. In the curriculum, it states that:

Pupils should be taught to:

As part of our learning, the children have recapped the key components of a circuit, investigated why circuits will or won't work and have planned their own investigation to test how voltage impacts the volume of a buzzer or the brightness of a bulb/lamp. The children are looking forward to carrying out their investigation to see if their hypothesis is correct.